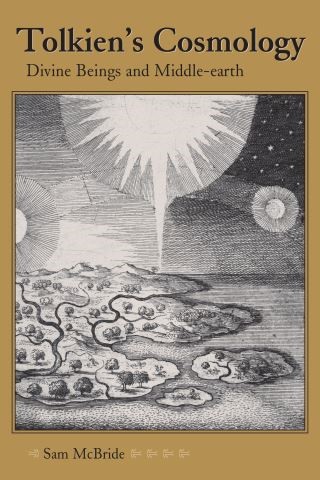 Demonstrating the unity of Tolkien’s created world across Middle-earth’s Ages An in-depth examination of the role of divine beings in Tolkien’s work, Tolkien’s Cosmology: Divine Beings and Middle-earth brings together Tolkien’s many references to such beings and analyzes their involvement within his created world. Unlike many other commentators, Sam McBride asserts that a careful reading of the whole of the author’s corpus shows a coherent, if sometimes contradictory, divine presence in the world.

In The Silmarillion, an epic history of the First Age of Middle-earth, Tolkien describes the Ainur, angelic beings under the direction of Eru Ilúvatar, the legendarium’s god, as creators of physical reality. Some of these divine beings, the Valar and the Maiar, enter physical reality to oversee its development and prepare for the appearance of sentient life forms in Middle-earth: Elves and Humans, Dwarves, and eventually Hobbits. In the early stages of this history, the Valar and Maiar interact directly with Elves and Humans, opposing the work of evil beings led by Melkor.

Yet Tolkien appears, at first glance, to have ignored this pantheon in The Hobbit and The Lord of the Rings, set in the Third Age of Middle-earth. Tolkien’s letters, however, suggest the cosmological structure continues. And representatives of the Valar and Maiar can be seen at work, such as Gandalf and Saruman. Tolkien also introduces hints that his divine beings continue to influence events invisibly, as with the prominence of luck in The Hobbit and fortuitous weather conditions in The Lord of the Rings.

In the end, McBride argues, Tolkien’s cosmology allows room for everything from poor decision-making to evil, suffering, and death, all part of a belief system that will make the final victory of Good much more powerful.

Sam McBride: Sam McBride is professor of English and dean of graduate education at La Sierra University, where he teaches courses in American literature and the Inklings. He received La Sierra’s Distinguished Teaching Award in 2011. He is also the coauthor of Women among the Inklings.